The procedure for selection of new fighter jets for the Bulgarian army has been going on for about 10 years. In 2017 a caretaker government appointed by the President Rumen Radev announced as winner in the fighters tender Swedish company Gripen.

Several months later, the appointed regular government denounced the tender result. The decision was taken after a parliamentary committee concluded that there was potential discrimination in the process of inviting offers. Tender with new terms was announced that attracted offers from Gripen, Lockheed Martin and Eurofighter. In late 2018 in the final stage of tender it became clear that the Bulgarian Ministry of Defense was to select between Lockheed Martin’s F-16 Block 70 and Gripen fighters. On the part of President Radev and left-wing opponents were voiced doubts that the procedure is non-transparent and corrupted. In addition, rumors, negative publications and even fake news about the F-16 Block 70 appeared in media.

Gripen was present in Bulgaria for more than 10 years with a serious campaign in support of its fighter. The company offered already manufactured aircraft at a much lower cost while providing a significant program of industrial cooperation. At the same time, Lockheed Martin was not a well-known name in Bulgaria and had no established relations with media. The company was offering the latest Block 70 modification of its popular F-16 fighter, of which it had not yet produced a single aircraft and had not yet communicated details of its industrial cooperation program.

* For journalists, stakeholders, including Commander of the Air Force of Bulgaria and cadets from the Military School in Dolna Mitropolia
* Opportunity for test flights and questions to Lockheed Martin’s experienced technical instructors and a high-ranking company representative
* TV and online media provided opportunity to film the flight with the simulator
* Presentation for the cadets by high-ranking representatives of Lockheed Martin
* Inspiring presentation by a female engineer from Lockheed Martin’s STEM program for some 50 high-school students from elite science clubs in the country;

– Prevailing neutral and positive tone of voice in 100% of publications
– Lockheed Martin key messages covered in 81% from publications. 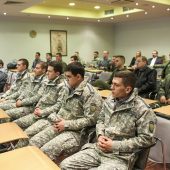 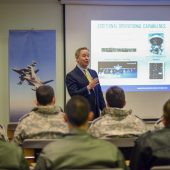 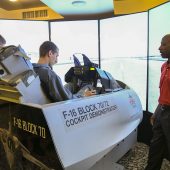 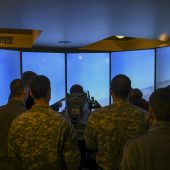 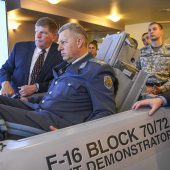 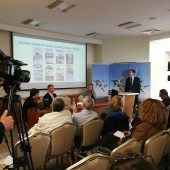 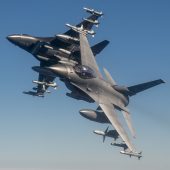