Retaining the licenses of CEZ in Bulgaria

In the beginning of 2013 social discontent, provoked by higher than expected electricity bills, lead to massive protests and unprecedented political, institutional and media attacks against power distribution company CEZ, which supplies electricity on the territory of Western Bulgaria, including the capital Sofia. Senior government officials and politicians have made serious allegations against the company – non-compliance with laws, breach of licensing obligations, manipulation of electricity meters and bills, violations in the replacement and metering of electricity meters, political affiliations and the accumulation of huge profits exported abroad.

Dozens of inspections of the company’s activities were carried out by various state institutions – the State Energy and Water Regulatory Commission, the State Agency for National Security, the State Financial Inspection Agency, the National Revenue Agency, the Prosecutor’s Office and others. The crisis reached its climax when the prime minister announced in February 2013 that CEZ’s licenses would be revoked, and a day later the state energy regulator opened a procedure.

Mass demonstrations led to the government’s resignation and the calling of early elections in May 2013. The company was held hostage to political opposition in the election campaign. CEZ’s image was ruined, its business in Bulgaria was threatened and it became the target of massive media attacks.

– “Myths and Facts” section of the corporate website cez.bg

– information letters to the representatives of the institutions, the local authorities in Western Bulgaria, the National Ombudsman, business and consumer organizations – response to the accusations and presentation of the benefits of CEZ’s activities

– setting up of a Consumer Council to the company with the participation of experts, consumer organizations and representatives of the protesters

– sending to up to 2 million household customers of CEZ 3 brochures with information on how the price of electricity is formed, what is CEZ’s share in it and what are the company’s investments to improve the quality of services

– the creation of a special subsection of the corporate website www.cez.bg.

– a proposal to introduce a new unified form of the electricity invoice, which should be valid for the entire territory of the country, and not only for the one serviced by CEZ

– publication of documents that have been the subject of public attacks – privatization contracts and contracts for “shared” services, the so-called SLA contracts

– identification and profiling of stakeholders

– 180 interviews in national and regional media

– 90% of the publications were neutral or positive 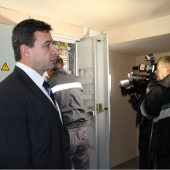 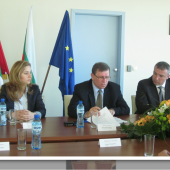